Thermals: A tribute to pillowy cushions of warm air in The Animorphs

If you know what a thermal is, and especially if you think of them wistfully, there’s a good chance you read the Animorphs as a kid. There’s a lot of things in this series that left an impression on me, but the idea of pillowy cushions of warm air letting a kind, sweet-hearted red-tailed hawk glide with ease is one of the strongest.

Let’s float over memory lane together with these, my favorite thermal-based discussions from the Animorphs:

From Animorphs #1: The Invasion

Ahhh, there it is… from the very first book, K.A. Applegate was here to teach us about the magic of thermals. Of course, the quiet tragedy of this scene is knowing that poor Tobias, who loved riding the thermals so much, will soon depend on them more than he could ever suspect when he becomes trapped in Hawk morph.

From Animorphs #3: The Encounter 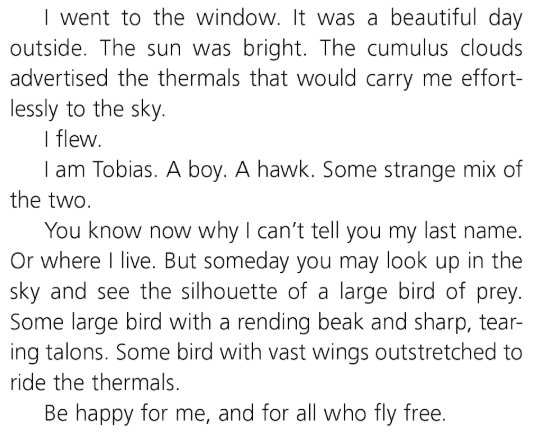 The first book told from Tobias perspective explores the duality of his boy/hawk existence in some really troubling and upsetting ways (including an attempt at bird-suicide), but ends on a message of hope and acceptance. The thermals will always be out there for Tobias, and Tobias will always be there to fly on them.

From Animorphs #12: The Reaction

It won’t be until book #13 that Tobias regains his power to morph, so, at this point, he’s still only available as eyes in the sky for the team. When the team goes out on a mission to Jeremy Jason McCole’s yacht, poor Tobias can’t support the team because the thermals won’t be there to support him.

From Animorphs #13: The Change 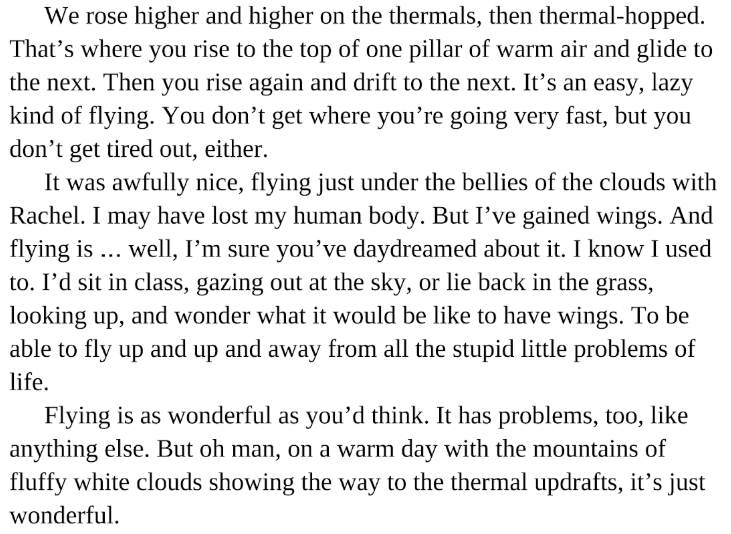 Oh, sweet Tobias and Rachel. They are so clearly in love, even before Tobias regains his ability to return to human. They go on more dates as they go on, but this moment of them just gliding together as they scope out entrances to their enemies stronghold is just so pure.

From Animorphs #23: The Pretender

Between Ender teaching me that the enemy’s gate was down and Tobias preaching that height equals speed, the advantages of having the higher ground were instilled in me way before Obi-Wan asked for Anakin’s surrender. This maneuver is the start of a chase scene that stuck in my head long after reading it as a kid. I’ve always wanted to see a bald eagle and a red-tailed hawk perched side-by-side with their wings out on top of a police car… but it seems like that doesn’t often happen in real life.

From Animorphs #33: The Illusion 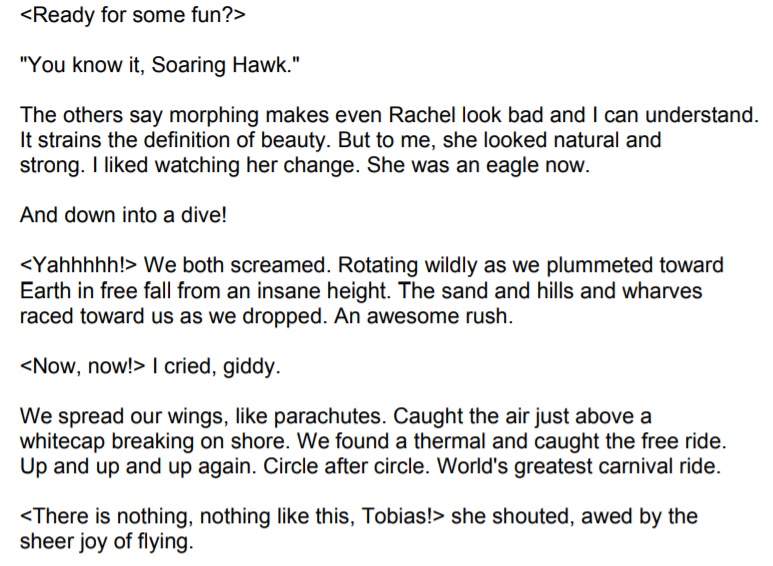 You’d be forgiven for reading the above and thinking, “Oh, what a sweet moment,” because that’s exactly what it is; a sweet, beautiful, innocent moment between a hawk-boy and his girlfriend… except that it’s actually a flashback takes place in THE MIDDLE OF A SCENE WERE TOBIAS IS BEING HORRIBLY TORTURED IN A TINY CAGE BY AN AWFUL GIRL WHO IS FORCING HIM TO RELIEVE HIS BEST AND WORST MEMORIES BACK TO BACK.

From Animorphs #49: The Diversion 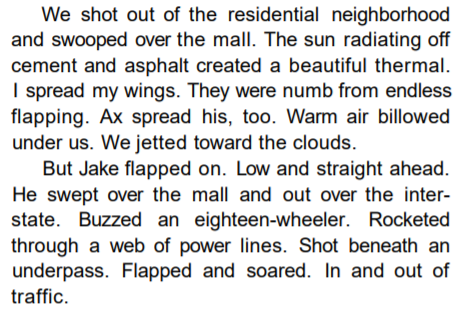 This is from Tobias’ last book, and it serves as foreshadowing for the end of the series as a whole. Tobias is numb from the endless exertion, while Jake pushes himself on and on and on, never letting go.

These kids! These poor sweet kids!

Every time I see a bird gliding in the distance, especially when it’s a red-tailed hawk, I think of these amazing books. They made a huge impression on me when I read them as a kid, and shone in a whole new light when I reread them this year. I love The Animorphs, and my awareness of thermals will always be a part of that.

This post totally started as a hollow facade for me to use to promote the t-shirt design up above, but holy smokes did researching these passages hit me really hard. I hope that this stirred up some genuine nostalgia for you, too. If I missed your favorite thermal-centric moment, let me know in the comments, and, hey, if you do want to pick up the shirt, it’s available in both my Redbubble and Teepublic stores.