One of our favorite things to do in the summer is to get out on the water in either kayaks or on paddle boards. Normally this means a lazy float down a river (often with some inflatable rafts along for the ride), but today we decided we’d rather go out to a lake instead.

We ended up heading north to Lake Billy Chinook, which is nestled at the bottom of a canyon. The views were incredible, or would have been way more so if all of Central Oregon weren’t stuck in a gray, smokey haze. It was still a scenic place, but everything felt a bit desaturated. 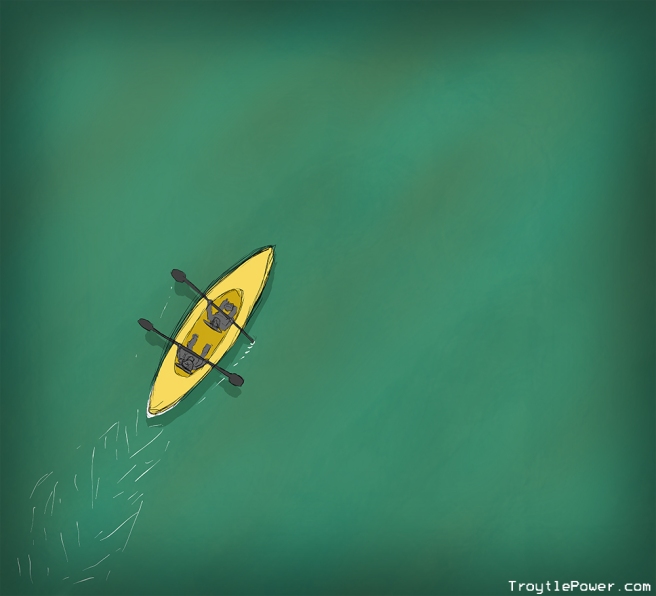 On top of that, we didn’t realize that this particular lake is a super popular destination for water stunt enthusiasts, so we spent most of the time on the actual water maneuvering around so that wakes from jet skis, wake boarders, and tubers didn’t tip our little kayak over.

It was still a lot of fun to get out and do a variation on one of my favorite pastimes, but next time we’ll have to be sure to find a quieter lake, or go too early in the morning for boat stunts.